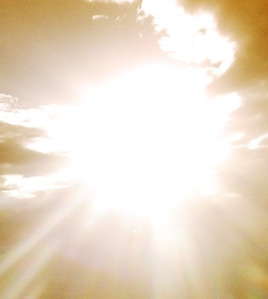 However, a puzzling observation is that although more blacks than whites are diagnosed with vitamin D deficiency, blacks have higher bone mineral density scores and a lower risk of fractures compared to whites. Researchers from Boston interested in further exploring this phenomenon decided to test whether Vitamin-D Binding Protein had a part to play in solving the puzzle.

Vitamin D does not normally float around freely in our blood. It is bound to proteins, the most common being Vitamin-D Binding Protein (DBP). Less than 1% of vitamin D is present in a free, unbound form. What effect does being bound to proteins have on vitamin D? Research suggests that vitamin D cannot function fully when it is bound and needs to be free of any binding proteins in order to get into cells and perform its functions. However, the tests researchers and clinicians use to measure vitamin D levels do not differentiate between the bound and unbound forms of vitamin D.

Another important point to keep in mind is that the structure of DBP can differ based on one’s genetic makeup. Each form of DBP protein varies slightly in terms of how strongly it can bind to vitamin D. Researchers have also noted that certain variants of DBP show up more frequently in certain racial groups compared to others.

Given all of this information, Dr. Powe and her colleagues wanted to find out whether black and white Americans differ in terms of the types and amounts of DBPs present in their bodies, and whether these differences affect vitamin D levels. They conducted a study including 1,181 black participants and 904 white participants with an average age of 48 years.

Two results from their study were similar to results from many other studies: on average, blacks had lower total vitamin D levels compared to whites and blacks also had higher bone mineral density compared to whites. But black participants, on average, also had lower levels of DBP. Genetic analysis indicated that blacks in the study more commonly had a variant type of DBP gene, which was associated with lower DBP levels, i.e. people who carried this DBP gene also tended to have lower levels of the DBP protein in their body.

It seems that low levels of both vitamin D and vitamin D-binding protein in blacks essentially result in similar amounts of estimated free unbound vitamin D as in whites. This is a crucial point as it would mean that a vitamin D test result in blacks showing low vitamin D levels may not necessarily indicate deficiency in vitamin D. The study authors suggest that low blood levels of total vitamin D do not indicate vitamin D deficiency if the levels of DBP are also low, as may be the case in many blacks.

This study, published late last year in the New England Journal of Medicine, is important because it challenges us to reconsider how we define vitamin D deficiency. More follow-up studies need to be done to confirm these results and also to test whether vitamin D-binding protein levels affect fracture and osteoporosis risk.

This site uses Akismet to reduce spam. Learn how your comment data is processed.